Yesterday I was on my Fetlife account. I was scrolling through someone’s pictures. One popped up with the caption “Daddy’s new prize for me!” Her new prize was a bit. It was covered in some type of yellowed, plastic-ish thing. What… wha… o.O. So it’s brand new, and it’s yellow-ing-ish. I wish I had the picture, but I wasn’t just going to take it off her page.  I shook that one off and continued to peruse.

The next one was j…j…jelly.

There was no condom.

She was sucking on it.

And then she put it in her vagina.

All the jelly. In the vagina.

Suck up those phthalates, Darling, suck ‘em up.

Then I realized, there are a ton of kinksters that have no idea what they’re getting into when they buy sex toys. We can tell how well a flogger is made. We examine the falls and the leather. Feel the deer, or bull it might be made of. Even the weight of the thing. We can examine a spanking bench, a single tail, and a bull whip.But some of these same people will yank out a jelly dong because it feel good. Maybe they don’t care. Maybe they don’t know.

I have the most ridiculous thoughts sometimes. Why can’t Lilly make a tiny sex toy gun that I could keep in my pocket. I could shoot the taser at all the toys. The gun would leave the good ones and the bad ones would disappear up in smoke. Seriously, the uneducated need the quick and dirty about what they should and should not be putting in their bodies.

I’ve seen a lot of players who want to use their sex toys on someone else during a scene. Not on me, Sugar. I suggest kinksters begin bringing their own safe, sex toys to be used only on themselves during play. Now I carry every kinky toy that I own, plus any sex toys I might need. I know what I have is safe. It’s clean. Any partner I have can work with what I bring. If they can’t find something in that big box of sin, then God love ‘em. 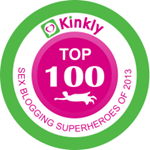 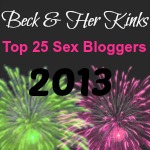 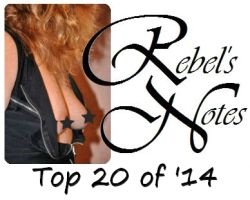